After months of planning and conceptualizing, an exciting and brand new race series is about to be launched in South Africa.

The idea behind this new series originated after chatting with many adventure racers, trail runners and mountain bikers who named the ‘old’ Merrell Eden Duo as one of their all-time favorite adventures.  Many of them expressed massive enthusiasm at the idea of having the race back on the calendar as a permanent feature.

So, in October 2020 a few legendary adventure racing characters, including, Hanno Smit and Donovan Sims, took the Feral team on reconnaissance of the original Eden route through the Wilderness forests and beaches and Outeniqua Mountains. (There is nothing quite like getting feral in wild and remote areas, experiencing spectacular nature under star-lit skies and pushing boundaries to achieve the goal of finishing within a cut-off time.) Everyone involved was blown away by the magnificence of the course and the decision to resurrect the race was a no-brainer. Because South Africa has so much beauty and such endless adventure opportunities, why stop at just the Eden, we wondered? And so the idea of a race series was born which simply had to include the Wild Coast and Namaqualand/Cedarberg regions.

The plan is for you to GET FERAL in these three spectacular wilderness areas. Although the races will not follow the format of pure adventure racing, they will nevertheless provide a similar high. (Think of this series as the gateway drug to adventure racing!) You will experience a multi-disciplinary journey race in teams of two in the most beautiful and remote places the Feral team is able to find. An important distinction from pure adventure racing is that you will navigate with GPS (compulsory) instead of maps and compasses. This will ensure that no team will be excluded because of a lack of confidence with regard to map reading and navigation skills.

The Feral Duo24 race organisers, Peter Van Kets and Zane Schmahl, have many years of combined adventure and race organization experience.  Peter Van Kets, professional adventurer, has taken part and led many expeditions all over the globe including two rows across the Atlantic, full trek to the South Pole, dog sledding in the North Pole to name but a few. He says, “I love the idea of adventure and what it means for all of us. The soul of this race series is adventure and I am stoked to be sharing some of my favorite wild places with the race participants.”

Zane Schmahl is an adventure bunny, networking king, trail and route visualiser, content creator and lifestyle entrepreneur. His experience as a key Project Manager on a full range of internationally-rated events is unmatched.  “I have raced a few AR’s (adventure races) now and I’m super keen to share the love for the sport in the Feral series, “says Zane.

Because of the Covid pandemic’s disruption to sport calendars and the event organizing world, two of the three planned races will take place in 2021. Three races are planned for 2022, the third being in the Namaqualand/Cedarberg region.

Entries for these races will open on 25 January 2021. Keep an eye out on social media and enter on www.feralduo24.co.za 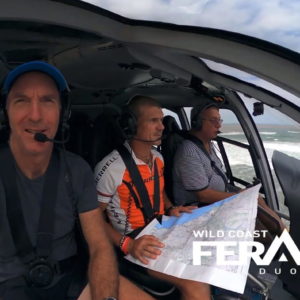 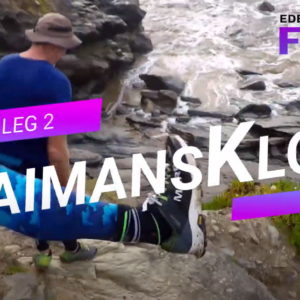 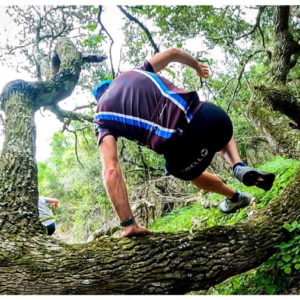 The Feral Duo24 Race Series is Sponsored by: